My thoughts about The Force Awakens

I am a proud nerd. I’ve been a proud nerd since I was a child, and I was there for the original Star Wars. Not on opening day, because back then nobody really expected Star Wars to be anywhere near as big a deal as it ended up being. It came out in May, and I don’t think I saw it until early July. But kid me was obsessed with it from the moment I first saw it at the now-defunct Fox Theater in Ventura, CA. I collected everything Star Wars, from cereal-box trading cards to toys to comics and novels. Mostly novels—somewhere on my bookshelves I still have the original movie novelization, along with Splinter of the Mind’s Eye and the Han Solo trilogy. I even gave a beloved original character of mine–one who’s still going strong now–a name that was a nod to a Star Wars actor. 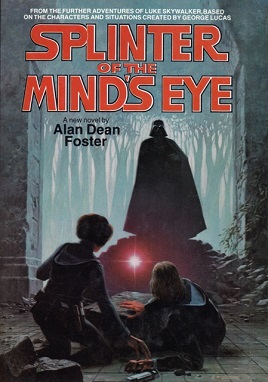 This was all back before there was an “Expanded Universe,” and by the time there was, my obsession had waned. I still loved the original trilogy, but it was in a nostalgic way. I didn’t care about all these new people and situations and books and whatnot. The originals were enough for me.

Then the prequels came along. I got caught up in the hype for Phantom Menace, but after seeing it I asked, along with just about everybody else: “Is that all there is?” The next two had a similar effect on me. Yeah, they were Star Wars, but yet they weren’t. Something was missing. I resisted the hype for The Force Awakens for a long time. I always intended to go see it, of course—you can’t be a proper nerd without seeing it. But I wasn’t super excited. Bits and pieces trickled in that appealed to me: BB-8 was cute, and I got a chill and a little tear in my eye at “Chewie, we’re home.” But I still wasn’t sold, not completely. The prequels had made me gun-shy.

I’m happy to report that The Force Awakens is every bit a proper and worthy Star Wars movie. It captured the most important thing that was missing from the prequels: fun. Star Wars was FUN. Even Empire, which was a big downer, was more fun than the prequels. And The Force Awakens brought the fun back. For me, that’s really all I needed to make it work for me.

First, the good parts: The heroes were great, especially Rey. I liked her, Finn, and Poe, and of course BB-8 was charming and adorable, and I immediately had to go out and buy one of those Sphero droids because I wanted my very own version. Han and Chewie were perfect (I loved the little homage to Raiders of the Lost Ark!). Leia was wonderful as the battle-scarred old veteran general, and her scenes with Han were beautiful and sad and nostalgic (as was the lovely scene with Leia and Rey, where the pilots were all jumping around and celebrating on the left side of the screen while these two, far off on the right side with a huge space in between, quietly shared their grief). I also loved the way the film kept some of the cheesy old film techniques (like the wipes and the pan down to the planet following the crawl). All in all, in Han’s words, “we’re home.” This movie is Star Wars.

There were some parts I felt a little less enthusiasm about—for example, the fact that TFA was not only a Star Wars film, it was essentially Star Wars. The plot was almost identical, down to blowing up Death Star 3.0 and hiding important information in cute droids. Guys, get a new schtick. There’s only so many times you can go to the same well.

Also, I found Kylo Ren, the Darth-Vader-Jr.-ish villain, to be underwhelming. He wasn’t as whiny as Anakin, but his temper tantrums and lack of gravitas and true menace bothered me. Being conflicted is one thing, but this took it a little too far. I want my bad guys to be bad guys. Cool bad guys, of course, but not angsty conflicted kids. I mean, okay, he did that one thing that was pretty evil, but still. And as an aside, how does he keep his hair that fluffy under that helmet? I hope if he’s back in the next one (as I’m sure he will be) he’ll have grown and matured.

…and maybe done something about that hair.

Finally, after all the buildup, Captain Phasma was thoroughly underwhelming. I think it was Chuck Wendig who called her “the Boba Fett of TFA,” and I agree—like Boba, she looked great. She stood around being all badass in her shiny armor and her cape, yelled at Finn…and got captured. I thought she was dead at the end, but apparently she too will be back in the next one. I hope so—she deserves better.

All in all, I give The Force Awakens a solid 8.5—not a perfect movie, but certainly good enough to make my inner 13-year-old self grin like an idiot at the fact that, nearly forty years later, the mythology continues to enchant nerds, old and young, everywhere. I’ll take it.