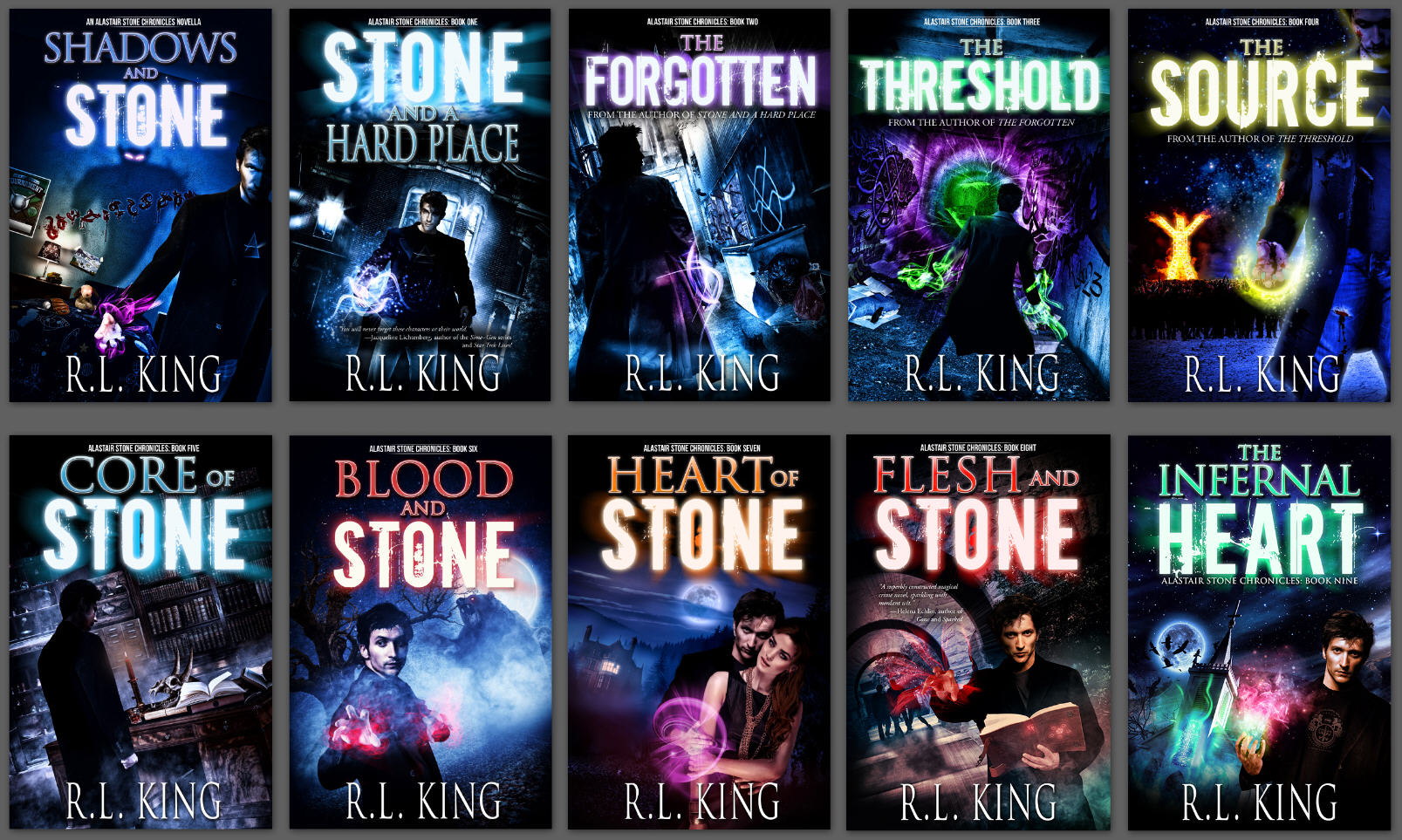 Today’s the release day for THE INFERNAL HEART, book 9 in my Alastair Stone Chronicles series.

Almost two years to the day ago, I released book 1, STONE AND A HARD PLACE, with a lot of excitement, anticipation, and, to be honest, mostly trepidation. I knew most self-published books never went anywhere, never selling more than a few copies to family and friends before sinking into the obscurity of million-plus Amazon sales ranks. While I knew I had a pretty decent book that I thought people would enjoy reading, I was also realistic: there are a lot of pretty decent books out there (both indie and trad-published) that never find a readership. I fully expected mine to be among them.

And then something wonderful happened.

The book started to sell.

It wasn’t anything earth-shattering. We’re not talking bestseller territory here. But it did start to sell respectably…and it didn’t stop. People were buying the book! I got some good reviews, a few not-so-great ones, but overall people who were reading and reviewing it appeared to be enjoying it.

I was kind of stunned, to be honest.

But then I did what every self-respecting indie author did when they find out their book is selling: I released another one.

And that one sold too.

I started to think maybe I had something here. So I kept writing books, shooting for one release every three months (ambitious, yes, but I did have a backlog so I had time to write ahead). I created a box set out of the first four and sold it at a discount (one of the best decisions I ever made, by the way). I landed a BookBub deal, and then another one. I started a mailing list. I started a Facebook group for the series, and started running Facebook ads.

And slowly but steadily, the fanbase grew. I banked the profits each month, saving up until at last, at the beginning of this year and with the help of a supportive spouse, I was finally able to realize a lifetime dream: leave my day job and become a full-time writer. Now, with book 9 releasing and book 10 heading off to editing at the end of this month, I look back on these past two years with a lot of happiness, pride, and not a small amount of amazement. I’m not where I want to be yet–I still need to focus more on promotion so I can get the word out and bring in more readers–but I think I’m on my way. And that’s pretty darn cool.

Thanks to my supportive spouse, Dan, who’s never been anything but encouraging and helpful (I think he’s kinda proud of me!)

Thanks to my editor, John Helfers, and my cover designer, Glendon at Streetlight Graphics, who’ve been with me all the way.

And special thanks to everybody who’s bought, read, enjoyed, and reviewed the Stone books. I can’t do it without you, and I’m grateful for your support every single day. Looking forward to sharing Dr. Stone’s adventures with you for many years to come!

By the way: You might have noticed there are ten books in the graphic above, not nine. The first one, SHADOWS AND STONE, is a novella, and it’s exclusively available to those who join the mailing list at alastairstonechronicles.com. If you want it (along with a free ebook copy of STONE AND A HARD PLACE, and updates on upcoming releases) all you need to do is sign up! No spam, and your email address won’t be sold to or shared with anyone, I promise!