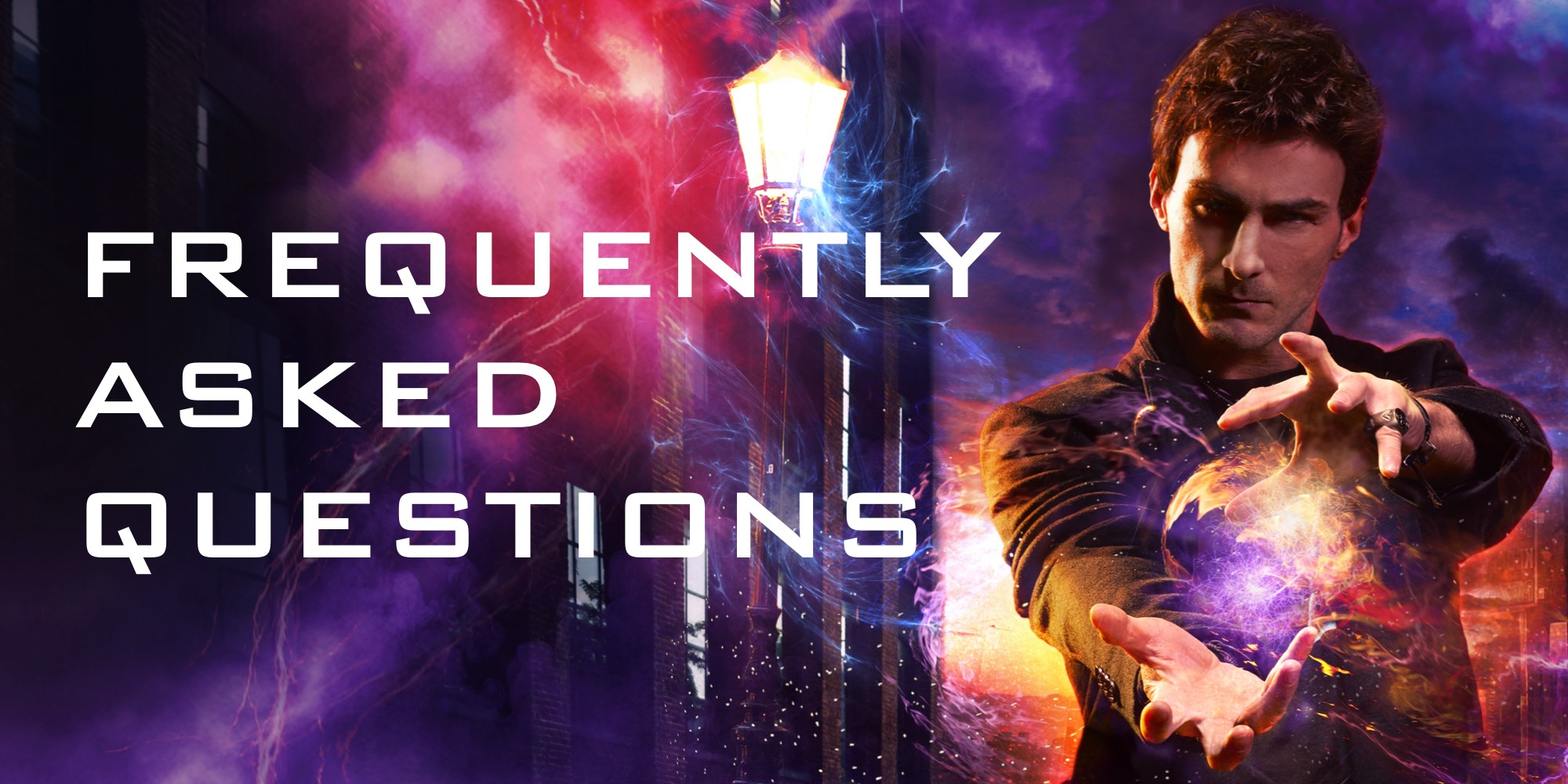 Where did the inspiration for Alastair Stone come from?

The original version of Stone began life in 1991, as a character I ran in the tabletop RPG “Shadowrun.” I wrote stories (including five full-length web novels in the late 1990s) about him, but eventually got tired of writing stuff I couldn’t sell (plus I started freelancing for the company that makes Shadowrun) so I repurposed him from a slightly cybered mage living in the 2050s to an Occult Studies professor in the early 2000s. He retained some of his features (like his name, his job as a professor, his basic personality, and his old mansion in England) and I started writing original novels with him as the protagonist. The rest is history.

In what order should I read the series?

That depends on how much you care about reading them in chronological order. The numbered books in the series are best read in order, but book 8, Flesh and Stone, and book 11, Path of Stone, tell the stories of Stone’s early days in California and his apprenticeship, respectively, so you can read them at any point.

What’s the chronological order of the series?

In terms of Stone’s life, the earliest book in the series is Path of Stone. The next earliest is Flesh and Stone. The shorter works Shadows and Stone, Turn to Stone, and Devil’s Bargain take place between book 1, Stone and a Hard Place, and book 2, The Forgotten. The novellas about Jason (Boys’ Night (Way) Out) and Verity (An Unexpected Truth) occur between The Madness Below and Death’s Door.

Can the books be read as standalones?

Yes and no. Each book in the series includes a self-contained story that gets wrapped up, but there are a lot of ongoing, larger storylines that run through the series and build heavily upon each other. While it’s possible to jump around or start with almost any of the books, I wouldn’t advise it if you want the best experience.

Where do Happenstance and Bron fit in?

The Happenstance and Bron trilogy takes place in the “Stoniverse,” but no knowledge of the events in the main Stone series is necessary to read them. While Stone does have a brief cameo in this series, no prior experience with him is assumed.

What is your publishing schedule?

I try (and have so far succeeded since 2015) to publish a Stone book every three months, in March, June, September, and December. Any other books I publish get fit in around that schedule and tend to be more sporadic.

What formats are the books available in?

The main Stone series, as well as the Happenstance and Bron series, are available in ebook, paperback, and audiobook format. Stone and a Hard Place is also available in hardback. The shorter works are in ebook and paperback format (paperbacks coming soon for a couple of them).

Where can I get the books?

What are your future plans for the series?

As of this writing (July 2021) I have no plans to end the Stone series. As long as I keep getting ideas (and I have a lot of them!) and fans keep wanting more books, I’ll keep writing them. I also have at least two more spinoff series in the works, with no definite publication date. That should keep me busy for a while, but I never know when new inspiration might strike!

Have you written anything else?

I have! I’ve written two novels for the Shadowrun series, titled Borrowed Time and Veiled Extraction, published by Catalyst Game Labs. Both feature Winterhawk, the character Stone was originally based on. I’ve also written bits and pieces of several Shadowrun sourcebooks, most notably some chapters in Dragons of the Sixth World and the standalone adventure On the Run.

What if my question isn’t answered here?

Please feel free to send it to me at rat (at) magespacepress (dot) com. I’ll either answer it in email, or if it’s something I think a lot of readers will be interested in, I’ll add it to this FAQ.