Motivation: It’s What’s for Dinner, or: Silly Graphs for Fun and Profit

Okay, I admit it.

Sometimes I have a little problem with motivation.

Actually, that’s sort of like saying that Disneyland has a little problem with cartoon mice. I can be lazier than a bed of sloths (really!) wrapped in feather pillows. The thing is, when I’m focused on something, you can’t dislodge me with dynamite. When I’m on the track of a story, I spend every waking minute (well, you know, the ones when I’m not doing the day job, being hassled by the cats, and making sure my dear spouse knows he’s my favorite non-fictional person in the whole world) either pounding away at the keyboard, or thinking about what I’d be writing if I were pounding away at the keyboard.

This is how I can write 100,000 words in a month. This is how I turned in the first draft of my Shadowrun novel three months early and made my editor happy (happy editors are good things—even better than sloths).

But that’s if I’m motivated. “Motivated” could mean a number of things, but it usually comes down to one of two: either somebody’s paying me to finish something by a deadline, or I’m really excited about what I’m working on. When it’s both (see previously mentioned Shadowrun novel) then that’s when the magic happens. I dunno if it’s good magic—the readers will have to decide that. It might be the kind of magic that produces frogs and green goo and unsettling mutations, but the point is, I get stuff done.

That’s when I’m motivated, though. When I’m not motivated, shoving the cats off and dragging my butt from the couch become somewhat more daunting than trying to convince Barack Obama and Sarah Palin to go have a malt together (I’m pretty sure that happened in an Archie comic, actually. But I digress.) One of the things that gets me the most un-motivated is being stuck on where my story is going next. When that happens, I convince myself that the whole thing stinks, it’s swill, it’s garbage, and why would anybody in their right mind want to waste their valuable leisure time sucking down my words when they could be watching Game of Thrones or teaching their cat macramé or pondering why there are actually people in the world who think taking emotional leave from work when a boy-band member leaves is a thing you can do?

I give up. Make your own damn plant hanger.

Fortunately for me, I’ve got a way to get my motivation back—or at least to fake it till I make it. It’s really stupid, but it works. So what is it?

Sure, there are plenty of other word-count trackers out there. Most of them, though, seem to be plug-ins that you associate with your blog, which, when you’re not motivated, represents another step on that long high slog back to getting your book on track. If I can’t be arsed to work on my book, why on earth would I fiddle around with under-the-covers blog stuff?

The NaNo one, though, is different. It’s right there on their page for one thing, and it keeps track of your progress on a little bar graph. You can see clearly whether you’re hitting your total for the day, and there’ve been plenty of days when I’ve forced myself to just keep writing—anything, even if it’s crap, even if I know I’m just gonna scrap it—to avoid disappointing that little bar graph by having it hit below the quota line for the day.

I look forward to the various NaNo things every year (the main one in November, the “Camps” in April and the summer) because I know that silly little graph is going to get me back on track. I wish they had it all year. Seriously. I don’t care whether I actually finish my project on time or not, because by the time the month is up, I’ve forced past whatever block is plaguing me and I’m back on track. I can go on without the training wheels now, Dad! 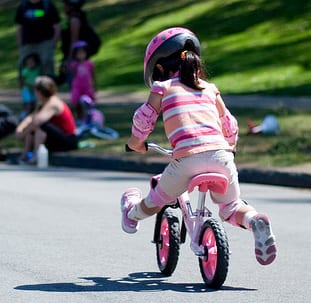 So, just to see if anybody’s reading, and try to make this thing a little more interactive: what’s your secret for finding motivation when you don’t have any?